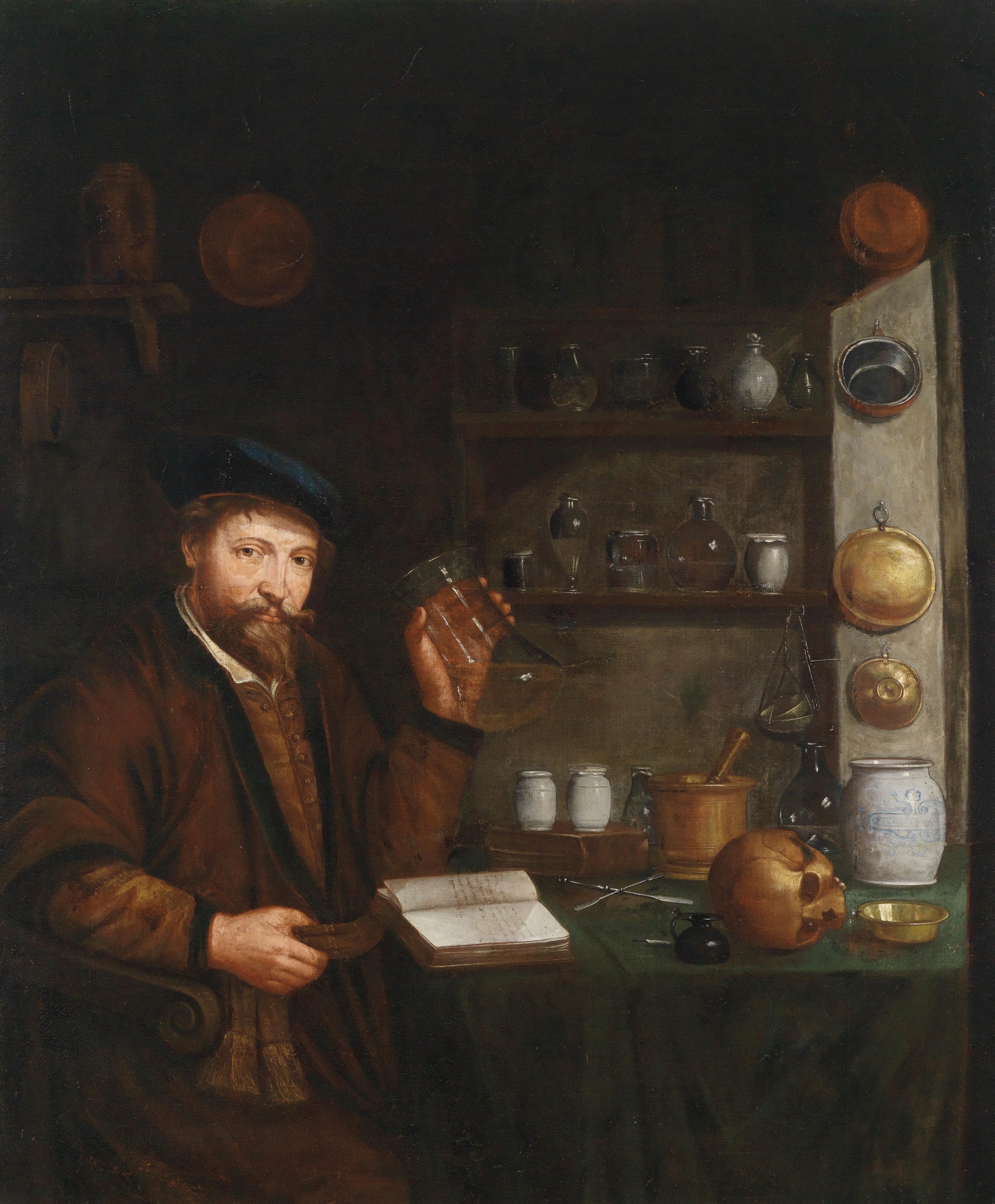 Bright’s Treatise of Melancholy was the first by an English physician to deal with mental illness and was the earliest detailed study of a psychosomatic condition. He delineated two types of melancholy which are similar to the modern classification of depression, either reactive where the patient knows the cause but can not overcome it or endogenous where there is no known psychological cause. Ophelia in Hamlet is sometimes described as a literary case of melancholy. 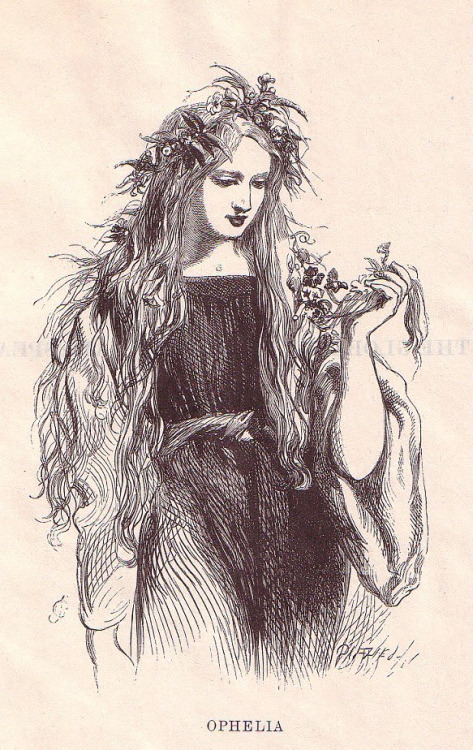 Burton offers many causes for “melancholy” (an early word describing a low mood or moroseness), discusses the cure of its many forms and throws much light on the customs and social attitudes of the day. It is a medical work in that, in all its seventy and more editions, it has continued to express the author's understanding of human psychiatric problems. 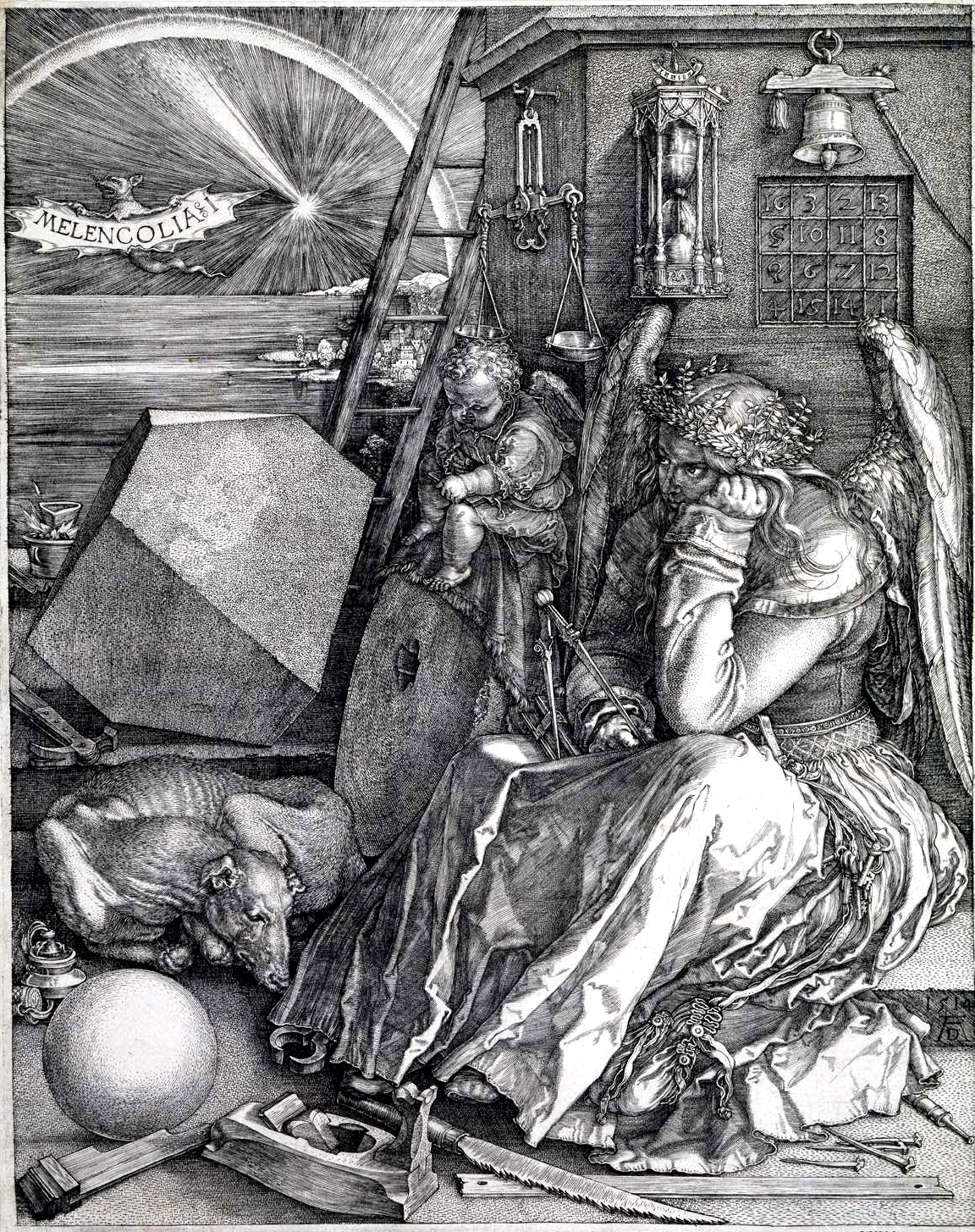 Helkiah Crooke, Mikrokosmographia: A description of the body of man (London, 1615)

Some parts of Crooke's Mikrokosmographia ultimately came to the attention of the College of Physicians whose members were disturbed because they felt that the illustrations dealing with generation, conception, and reproduction were indecent. However, the College was unsuccessful in its attempts to have the book suppressed or altered before publication. Published by William Jaggard, printer of Shakespeare’s first folio, the book was the largest and most comprehensive English anatomy up to its day. 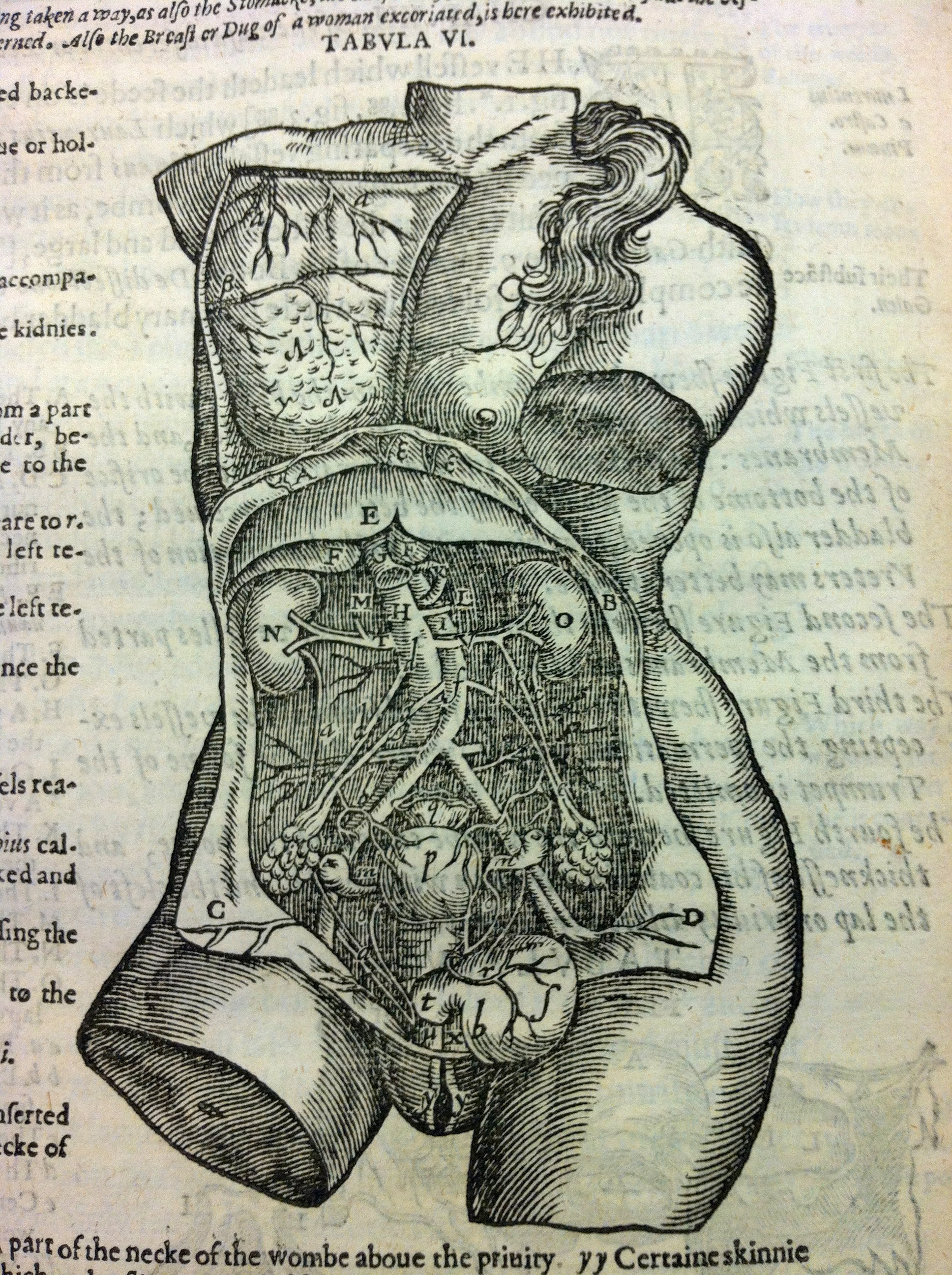 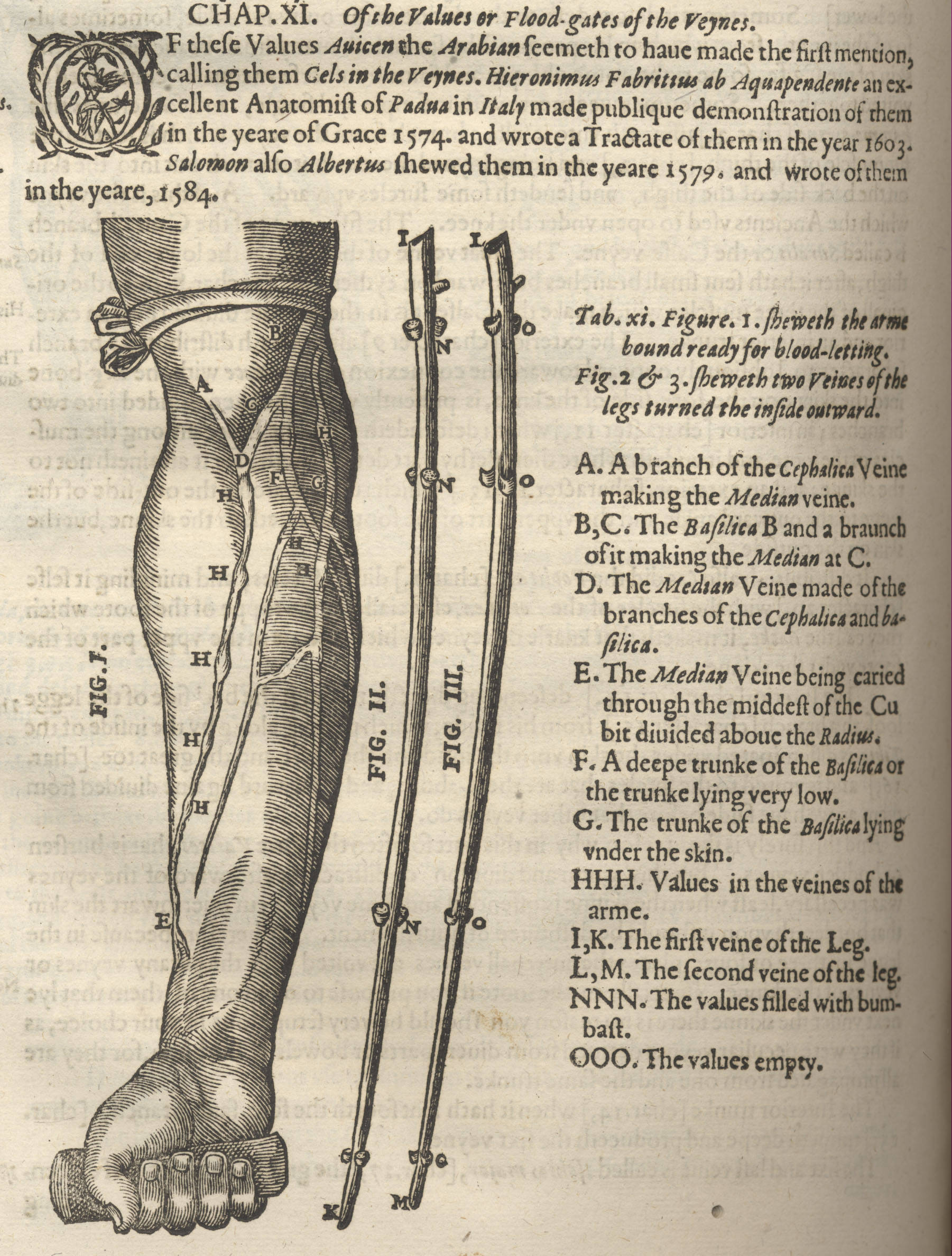 Culpeper began active practice in 1640 as a physician-astrologer—a practice not unusual for doctors of his day. He soon achieved great fame and developed a large practice. Although Culpeper was a quack without sound scientific training, he was aware that science must be based upon study and careful observation. The English medical profession was shocked and angered in 1649 when Culpeper published an English translation of the Latin pharmacopoeia. The fact that all their secret remedies were now easily read in the vernacular was a matter of great concern, and Culpeper was subjected to bitter attacks by the medical profession. Nevertheless his pharmacopoeia became quite popular and its use was widespread. 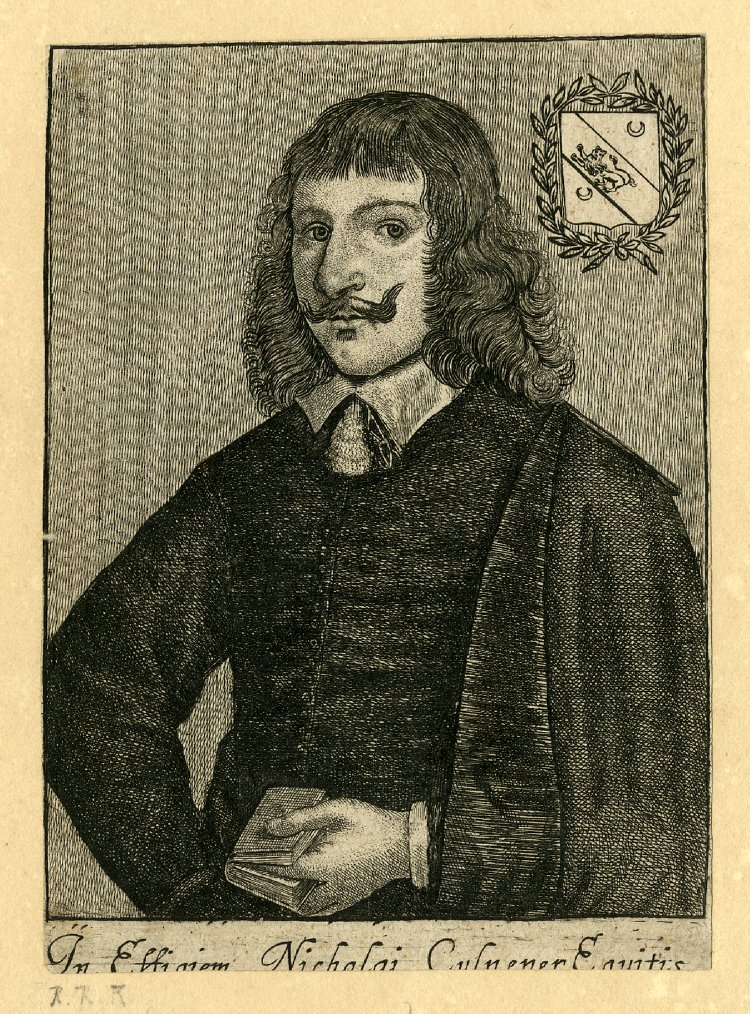 Thomas Elyot’s The Castell of helth is the earliest work written in English on health for the lay person. Although the book was ridiculed by the medical profession, it enjoyed wide popularity and retained its appeal until the beginning of the 17th century. It discussed the efficacy of foods and beverages and their role in the diet, the value of exercise, proper attention to the digestive process, the qualities and significance of different urines, the reasons for employing various therapeutic measures, the influence of the seasons on health, and the temperaments and constitutions of man. 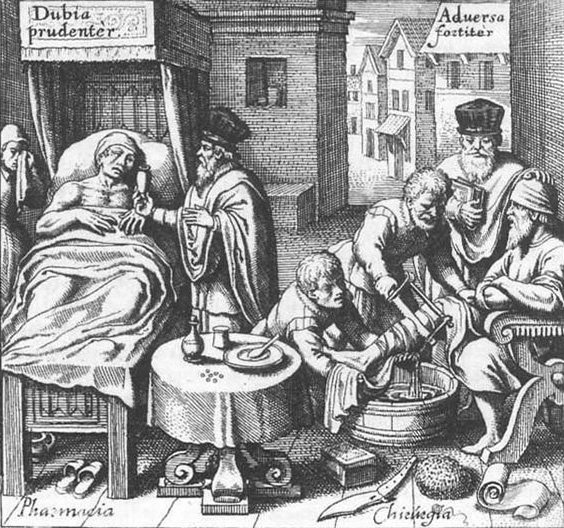 John Hall prepared the first anatomy in English to be published in England. His work predated that of Vicary, his better-known countryman. Hall's anatomy was compiled largely from the works of Guy de Chauliac, Lanfranco of Milan, and William of Saliceto and contained little new or original knowledge. In 1565 Hall translated Lanfranco of Milan's Chirurgia parva into English and it was published in London by Thomas Marshe. Included with it were his anatomy and the present work. Hall was a staunch opponent of quacks and he speaks out boldly in castigating them and their practices. 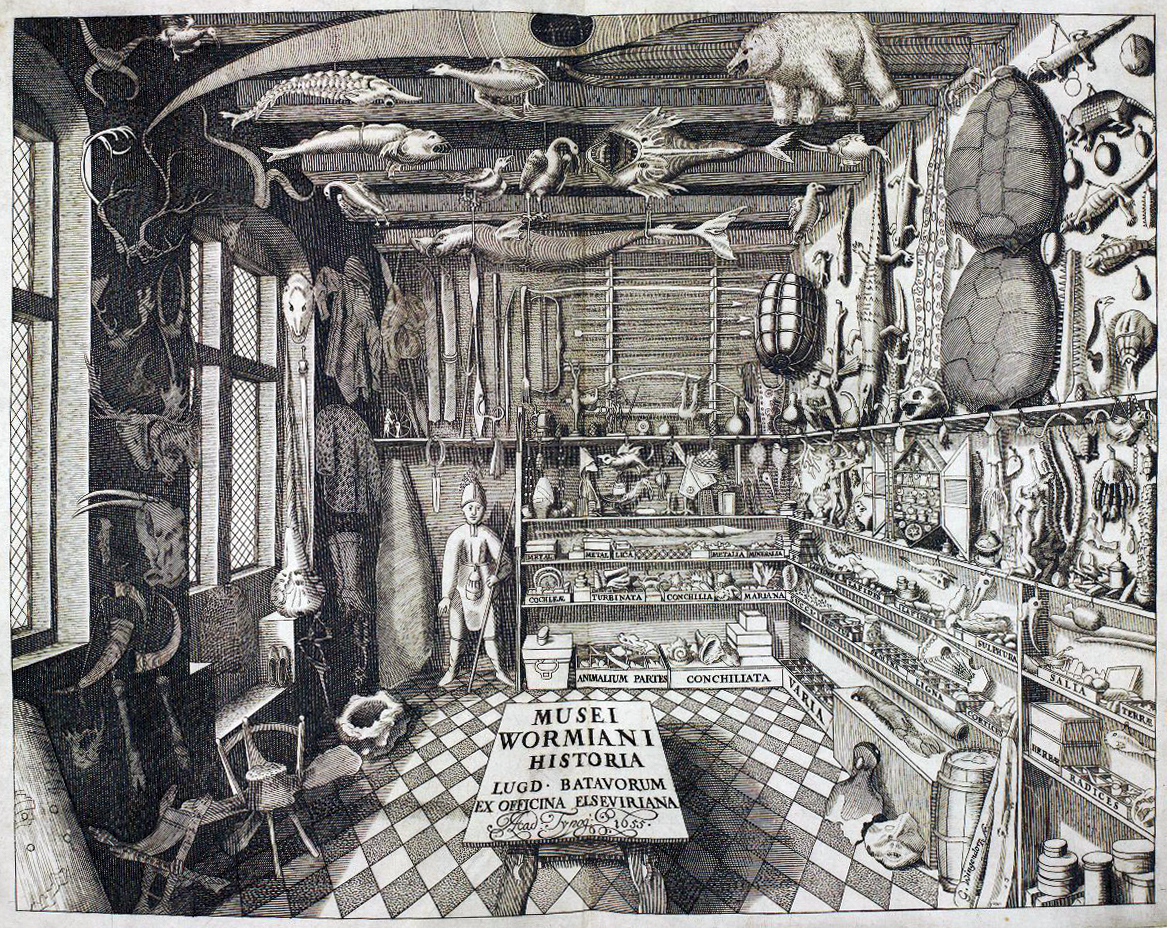 James Howell and Thomas Vaughn, A hermeticall banquet, drest by a spagirically cook: for the better preservation of the microcosme (London, 1652)

This work is of unknown authorship but has been attributed variously to James Howell, Thomas Vaughan, and Sir Thomas Cademan. Whoever the author, he is contemptuous of other medicos, and gives us his own recipe for healthy living, liberally flavored with humor and fantasy. He compares man the microcosm to the universal macrocosm; and follows up with recipes to cure indigestion, sharpen the brain, and improve vision and hearing. There is a chapter in which the author breaks into poetry, telling of his courtship of Lady Health and the banquets they shared together. In the final chapter, allegory carries him almost totally away, as he encounters such characters as Don Ambitio and Signora Impudentia. He seems to have left Health completely behind, until at the end he offers heart-cooling recipes for the young and heart-warming prescriptions for the elderly.

Ibn Butlan (or Elluchasem Elimithar) indicates that the book "is about the six things that are necessary for every man in the daily preservation of his health—good air, good food and drink, correct movement and rest, sleep, correct retention of the humours, and moderation of moods. The book contains tables which are divided into sections containing trees, flowers, vegetables, foods, emotional states or activities of daily living, and meteorological conditions. The tables contain the uses, dangers, effects, and humoral properties of each item. He concludes the book by recommending therapy for a wide variety of illnesses and conditions. 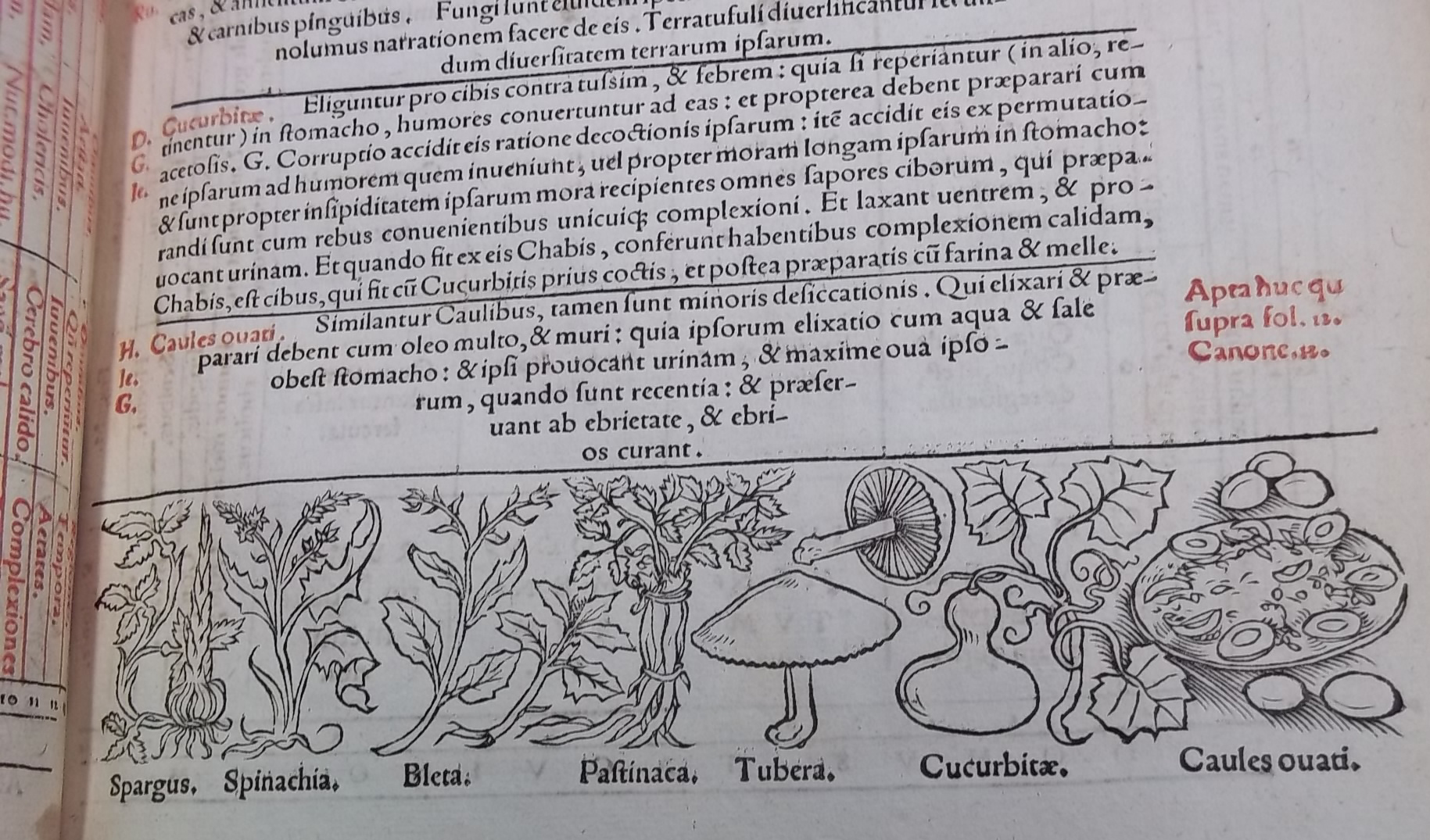 Lemnius, a physician in the Netherlands, first published this work in Latin in 1561. The tenets of humoral pathology outlined here held that all natural objects were composed of four elements—earth, air, fire, and water—and that they had four qualities—hot, cold, dry, and moist. These elements and qualities were present as four humors in the human body—blood, phlegm, black bile, and yellow bile. It was the composition of the individual's complexion that determined their physical and mental temperament, the diseases to which they might be subject, and the rules to which they should adhere in order to preserve their health. 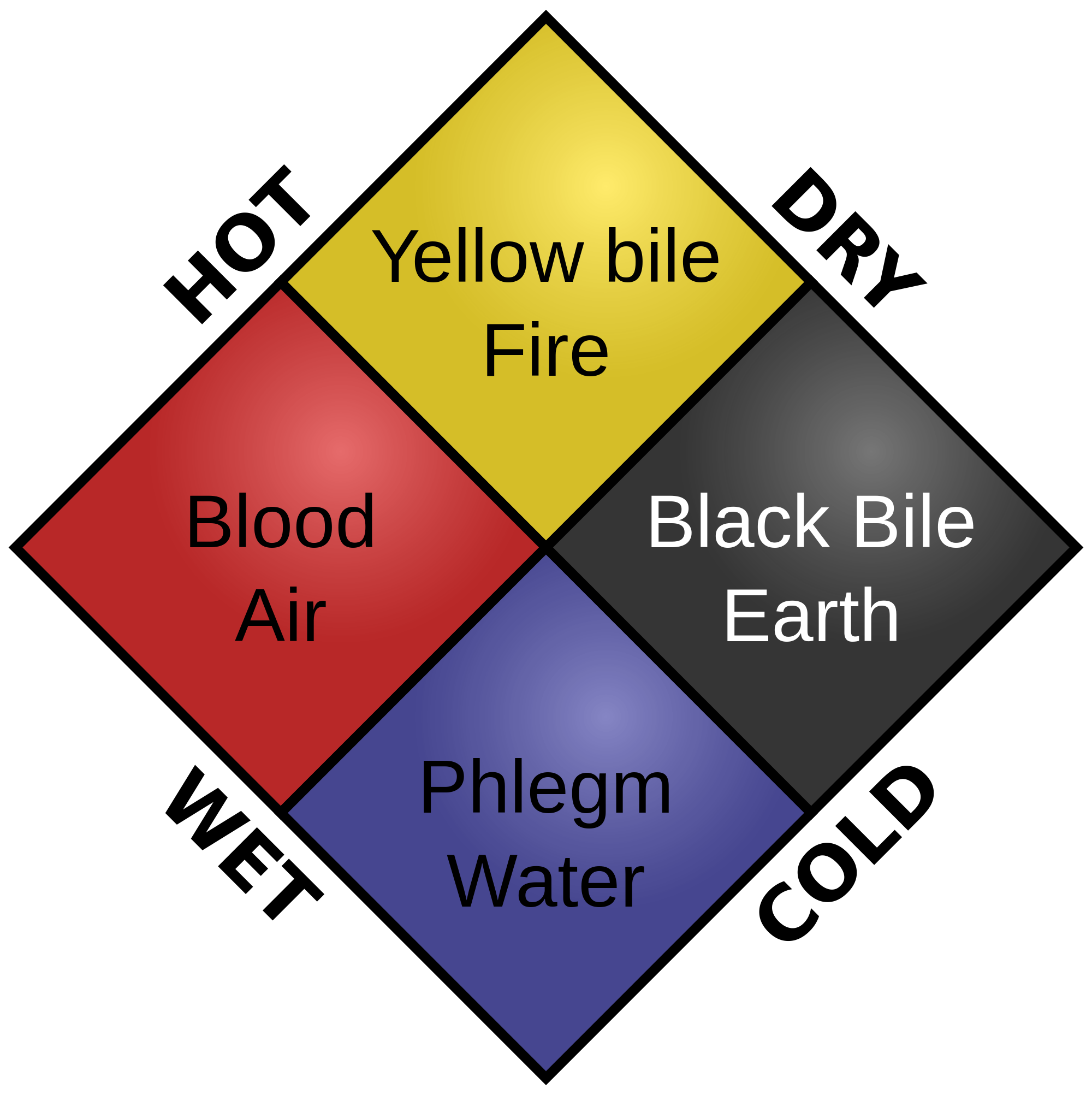 First published in Germany in 1551, this was the first book written especially for midwives, and it was written in the vernacular because those for whom it was intended were not conversant with Latin. Rosslin covers infant care, nursing, and the diseases of infancy. Illustrations of the birth chair, the lying-in chamber, and various positions of the fetus in utero are the earliest obstetrical illustrations printed from wood blocks. An English translation of the Rosengarten first appeared in 1540. English midwives and physicians were largely dependent on this book for guidance in the practice of obstetrics until the 18th century.

Salmon was one of the earliest and most successful writers on popular science and medicine. The title page of the work, typical of the period, gives a very detailed explanation of the book's contents: RECEIPTS F O R The Preservation of Health . . . Directions for Making Oils, Ointments, Salves, . . . Chymical Preparations, Physical-Wines, Ales, and other Liquors, &c. and Descriptions of the Virtues of Herbs, Fruits, Flowers . . . and Parts of Living Creatures, used in Medicinal Potions, &c. …

A Belgian mystic, Van Helmont was nonetheless the most prominent chemist of the first half of the seventeenth century. Originally an alchemist and a follower of Paracelsus, he himself marks the transition from alchemy to the science of chemistry in the modern sense. This work, first published in 1644, contains a lengthy treatise on the stone, as well as shorter ones on fevers, the humors of Galen, and the plague. 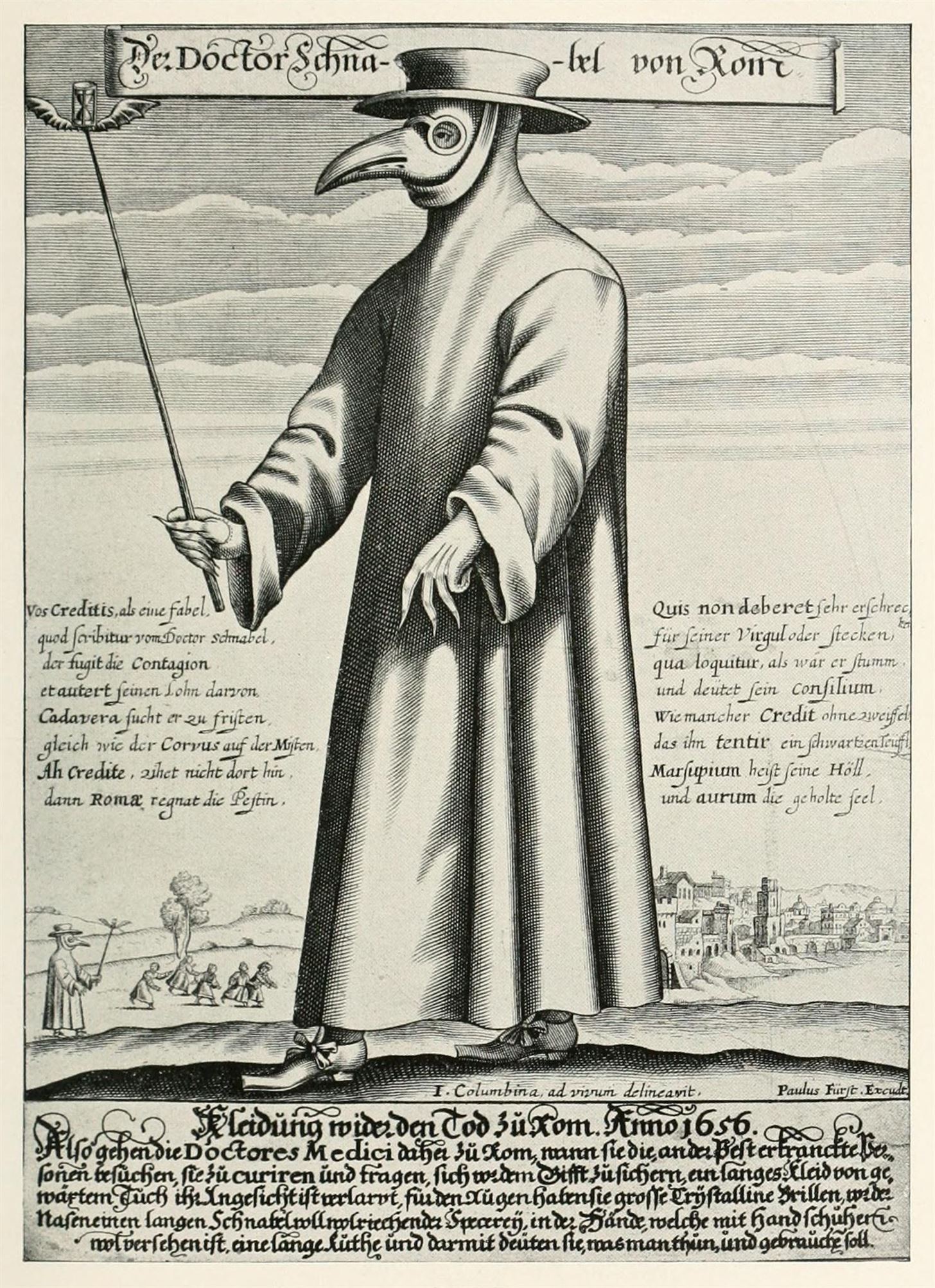 In his short lifetime, Andreas Vesalius came to occupy one of the foremost places in the history of medicine, not only as the inaugurator of a real science of anatomy, but also as a founder of medical science based on fact rather than tradition. To have completed before his twenty-ninth year a task of the magnitude of the Fabrica, at a time when bodies for dissection were difficult to obtain and legal authority difficult to resist, is a feat to which the literary history of the profession offers no parallel. 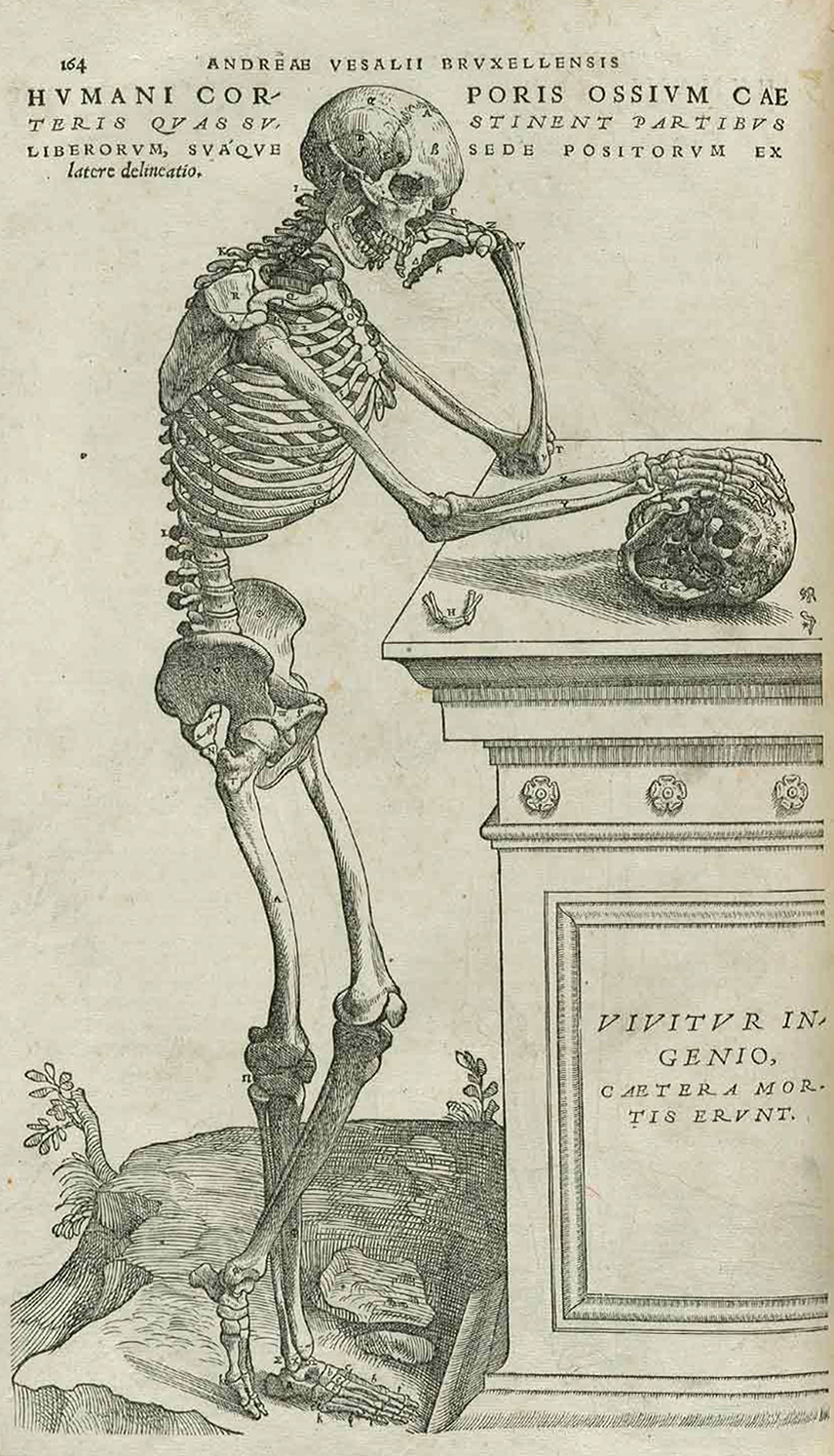 This medical guide is organized into sections covering the head, breast, belly, skin and extremities with additional sections covering poisons and herbal remedies. All imaginable ailments are described, along with their prescribed treatments, mostly botanical in nature, but also including bleeding, baths and enemas. This compilation of cures was extremely popular and influential, being frequently reprinted in the century after its publication. 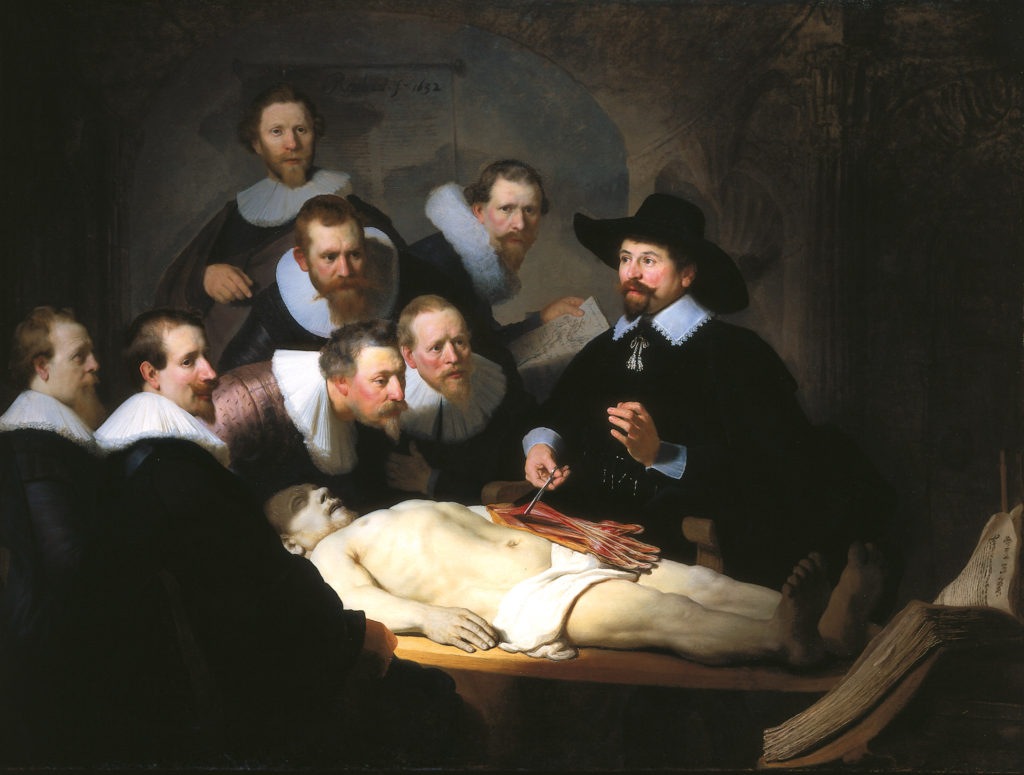